The ZPA 020 automatic packing unit is a device used to form packages from packaging such as bottles, cans, jars, etc. on an industrial scale. Owing to its high efficiency it can cooperate with high-performance production lines. The process of taking away from the line, grouping, separation, wrapping in shrink film and film shrinking is carried out completely automatically, what with the capacity of 6 thousand units per hour needs to be supervised only by 1 person. The packing machine cooperates with different types of heat shrink tunnels, for example, TGW 40/50.

The automatic packing unit consists of a packing machine and a heat shrink tunnel. The packing machine conveyor conveys packaging to the area where the package is formed. To change the arrangement of bottles the machine needs to be manually reset. Forming is carried out by the synchronised movement of a carrier. While being pushed by a pusher behind a sealer the formed package is wrapped in film. A packaging clamp behind the sealer holds the package during sealing.

The film is fed by upper and bottom unwinding mechanisms. The process of forming and wrapping the package is controlled by photoelectric and inductive sensors. The packages wrapped in the film are carried to the heat shrink tunnel feed conveyor in such a way that the next package pushes the previous one. When the package moves through a heating chamber the film shrinks and wraps the package. After leaving the heating chamber the package is carried under a cooling fan. Ready packages are taken away from an outfeed table. Operating parameters of the packing machine and the tunnel are set on a control box. 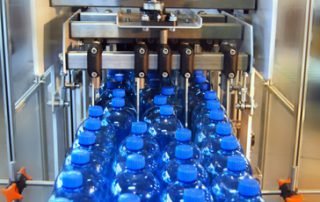 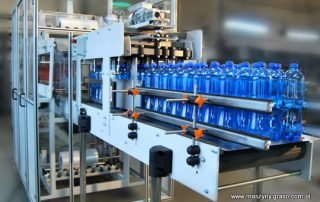 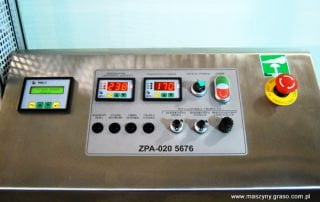 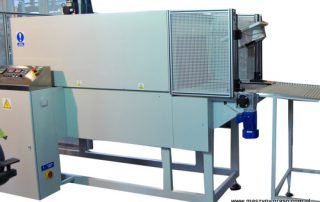 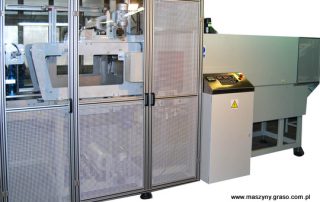 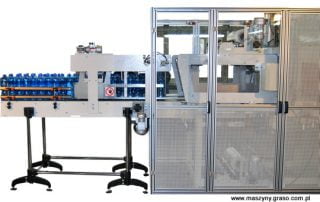 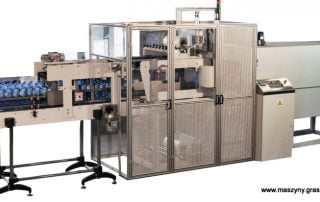