The PA 035P packing machine is designed mainly to pack large elements such as doors, windows or furniture elements in shrink film.

Elements to be packed are placed lengthwise by hand (or come on the line) on an infeed conveyor. The start button is pressed on a handheld control box. The conveyor moves the element behind a sealer and is wrapped in two film strips unwound by upper and bottom film unwinding mechanisms. The sealer seals and cuts the film. The package wrapped in the film moves on an outfeed conveyor to a heat shrink tunnel, for example, TGW 30/130.

The packing machine is equipped with a system of automatic unwinding of film from an upper and bottom roll, a constant temperature sealing bar and speed control of infeed and outfeed conveyors. 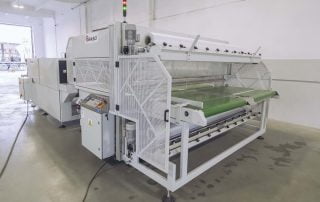 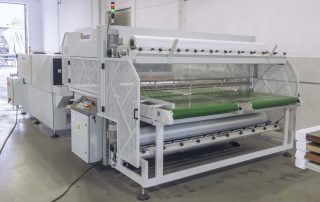 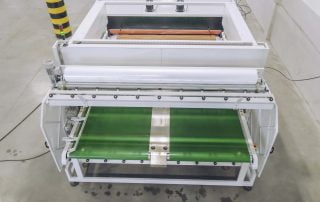 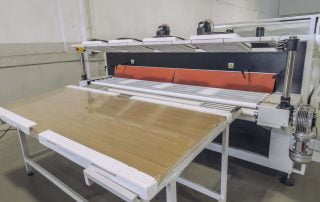 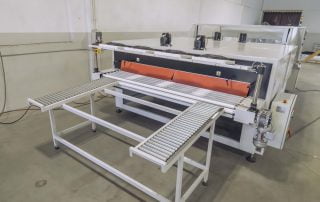