The plate conveyor delivers the packages to the pusher operation area. It has adjustable barriers, the spacing of which is regulated depending on the dimensions of the transported packages. After the device is started, the automatic work cycle of the packing unit starts.

The pusher is brought into the starting position and enables the packages to run in front of the pusher forming frame. After filling the area in front of the pusher frame with the packages, the pusher moves one row of packages forward and returns to its original position, allowing for the arrival of other products. After deducting the set number of rows, the pusher pushes the formed package forward behind the welding machine onto the delivery table. During the pushing process, the foil is shown by the reel mechanisms: upper and lower. The clamp holds the package while the sealer seals both foil strips. The package wrapped in foil is pushed through the next package from the delivery table to the transport net of the heating tunnel. The transport net of the tunnel transports the package through the heating chamber in which the foil shrinks to take the shape of the package. The mixing fan ensures proper air circulation. The further formed package passes under the cooling fan and gets onto the receiving roller table, from which it is removed by the service. The parameters of the packing machine and the heating tunnel are set on the control box located on the side of the machine. 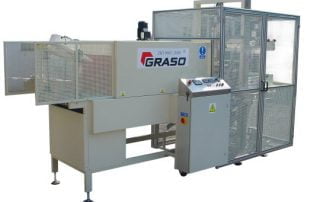 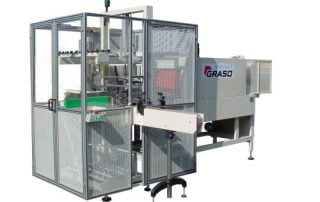 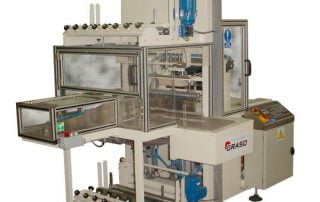 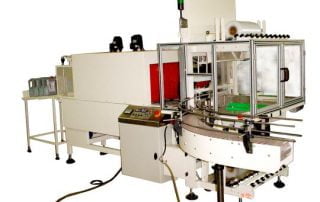 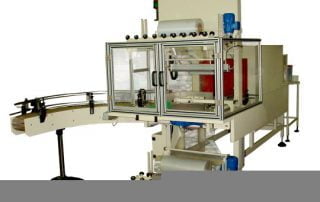